The Hidden Party at 28th Street

It doesn’t get more ‘underground’ than this.

To gain access to the most exclusive party in New York, one has to know exactly where to go, which exit to take and what door to knock on.

Unlike most innovative bars in the city, this underground speakeasy asks its clientele to dip into the maze of the MTA and have a reservation ready. The space is small – unlike the waitlist to get in.

La Noxe is the creation of Brooklynite Jey Perie, a veteran of the city’s nightlife. His resume includes the dance club ‘Kinfolk’ and creative collaborations with brands like Kappa and Levi’s. He is a creative visionary with a knack for the social scene.

To put it shortly, he knows what he’s doing.

If you’re one of the lucky few who find themselves at La Noxe on a Friday night, you’ll be sipping your Midnight Cruiser cocktail ($18) among velvet couches and potted palms. Perie’s space transports one to the glamour of Sharon Tate’s Hollywood – it is ethereal.

The spot is not only notorious for its well-crafted cocktails and tapas; La Noxe prides itself in curated musical selection. Its clientele never know who will step behind the booth on a chosen night. MTA workers double as house-favorite DJs alongside New York’s most coveted musicians. Visitors can trust that their drinks will always pair well with the musical arrangements of the night.

So, how does one get to La Noxe?

Simply use the entrance at the corner of 28th Street and 7th Ave, walk halfway down the stairs and knock twice on the door to your right.

We wish you luck – you’ll need it. 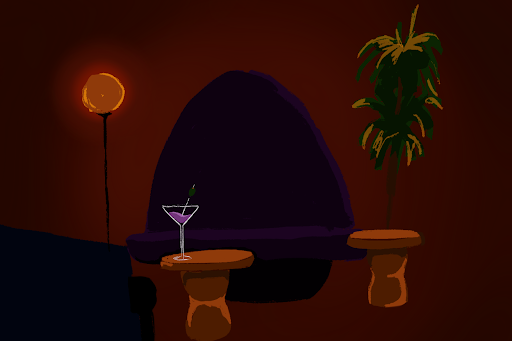